Our highest priority is the health and safety of our guests and employees. To secure that, all our employees are well trained in procedures and routines related to enhanced cleaning, physical distancing and our food & beverage offerings which are implemented according to the International and National laws, regulations and recommendations. In case of any questions or if you need additional or detailed information, please do not hesitate to contact us directly. We look forward to seeing you!

More informations on this topic ... 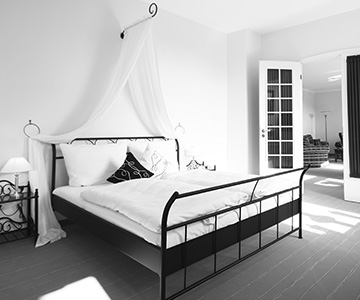 Wedding anniversary at Duden
All details on our special offers & packages can be found here:
More information 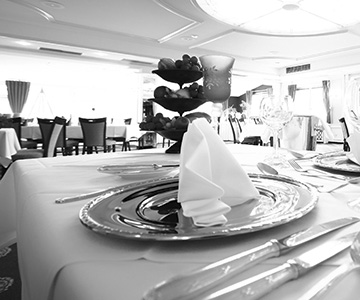 Our Restaurants and Bar

Have a nice meal or a refreshing drink
Full details of our restaurants, meals and our bar can be found here:
More information 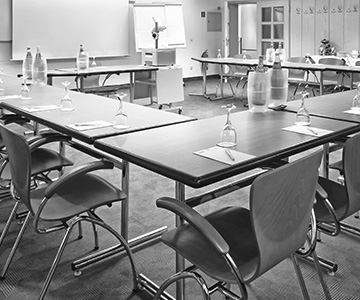 in a relaxed surrounding
All details about Conferences & Events at Haus Duden can be found here:
More information

The new Hotel Haus Duden was formed out of the former manor house "Bossigt" with its historical buildings dated 1767 and 1887 and its latest addition in 1970. It was the birthplace in 1829 of Konrad Duden, the founder of the German Orthography.

After receiving his high school diploma (Abitur) in 1846 from the school in Wesel, that was later named in his honor "Konrad-Duden-Gymnasium", Konrad Duden studied four semesters of History, Germanistik, and classical Philology in Bonn. There he joined the Fraternity "Germania Bonn" and participated in the "Demonstrations of the Fraternities" in 1848, the year of the European Revolution. With special approval he completed his "German Government Licensing Examination" at the University of Bonn in 1854. That same year he obtained his doctorate "in absentia" - meaning only on the basis of the works he submitted in writing and not with the usual verbal test – at the Philosophical Faculty of the University of Marburg with the Dissertation "De Sophoclis Antigona". His time of referendum at the "Archigymnasium" in Soest was cut short in by his acceptance of employment as tutor in Genua, Italy in 1854. In Messina, Italy, he met his future wife, Adeline Jakob, the daughter of the German Consul. Konrad Duden and Adeline got married in Messina in 1861 and had six children in their long marriage.

In 1859 he returned to Germany working as teacher. Shortly after Konrad Duden got promoted to Vice Principal at the "Archigymnasium" in Soest. He was then promoted in 1869 to become the headmaster at the Gymnasium in Schleiz, Thuringia. In 1872 he published a German dictionary called the Schleizer Duden, the first "Duden" Dictionary.

In 1876 he became headmaster of the Royal Gymnasium in Hersfeld. Four years later, in 1880, he published the Vollständiges Orthographisches Wörterbuch der deutschen Sprache ("Complete Orthographical Dictionary of the German Language"); this seminal treatise was declared the official source for correct spelling in the administration of Prussia the same year. The first edition of this Duden contained 28,000 entries.

Konrad Duden retired in 1905 and moved to Sonnenberg near Wiesbaden where he deceased in 1911. He was buried at his family's gravesite in Bad Hersfeld.

1829
3. January: Konrad Friedrich Alexander Duden was born at Bossigt Manor in Lackhausen, now part of Wesel, as second of eight children. He was baptized at the Mathena Church on 21. January.

1833
Relocation of the family to Wesel, Rheinstrasse.

1837
Relocation of the family to Dinslaken. The father becomes secretary.

1838
Konrad becomes student at the Gymnasium in Wesel’s Beguinenstrasse. He is accommodated at the Lutheran Orphanage, Bruderstrasse No. 1045. He has a scholarship at the Gymnasium.

1846
24. August: high school diploma (Abitur). Comment under his essay "His German style is correct and proof of thinking". The city of Essen is noted as his family’s place of residence on his report card as well as his father’s profession being a Railway Official.

1846-1848
Four semester studying the old languages, History, Philosophy and Germanistik at the University of Bonn. 1848 participation at the "March-Events".

1848
The nineteen year old becomes tutor with the family of Senator Dr. Souchay in Frankfurt/Main. Travel to England and the French part of Switzerland.

1854
"German Government Licensing Examination" at the University of Bonn. Receiving his Teaching certificate for German only for elementary and middle school. His trial year at the Gymnasium of Soest is cut short to just one semester. Obtaining his doctorate at the Philosophical Faculty of the University of Marburg with the Dissertation "De Sophoclis Antigona". Relieved of the verbal testing.

1859
Teacher at the Gymnasium in Soest. 1867 promoted to Vice Principal.

1861
Marriage with Adeline Sophia Jakob, 21 years of age, daughter of the German Consul in Messina, Italy. They live with his parents in the same house in Soest. Father is registrar in retirement. Children: 1862 Gustav; 1864 Konrad, dies as child; 1867 Julia; 1868 Paul.

1869
Headmaster at the Gymnasium "Rutheneum" in Schleiz, Thuringia. Birth of his children Eduard, Bertha and Kurt in Schleiz.

1876
Headmaster at the Gymnasium in Bad Hersfeld upon Fulda.

1905
Retirement at the age of 76. Relocation to Sonnenberg near Wiesbaden.

1911
50th Anniversary of Konrad and Adeline Duden. Celebrations are held at his son’s place, the chemist Prof. Dr. Paul Duden, in Hoechst. 01. August: Death of the "Founder of the German Orthography" in Sonnenberg near Wiesbaden. Funeral in Bad Hersfeld.

1924
Death of his wife Adeline Duden.